Another favourite from Guardian: The Lonely And Great God is the poem The Physics Of Love by Kim In-yook featured in a collection by Kim Yong-taek entitled Maybe Stars Will Take Your Sorrow Away. The poem is recited by Goblin (Gong Yoo) at the last part of Episode 4, and recapped at the first part of Episode 5. However, the two episodes translate the poem differently. Which version do you like?

Mass is not proportional to volume.

A girl as small as a violet…
A girl who moves like a flower petal…
Is pulling me toward her with more force than her mass.
Just then, like Newton’s apple,
I rolled toward her without stopping until I fell on her…
With a thump.
With a thump-thump.
My heart keeps bouncing between the sky and the ground.
It was my first love.

[skips the first line]
A girl as small as a violet.
That girl, drifting in the sky like the petals of a flower,
Draws me to her with a force greater than the one exerted by the earth.
In a single moment,
I fell and rolled toward her without rhyme or reason.
Just as Newton’s apple did,
With a thump.
With a thump-thump.
My heart bounced from the heavens to the earth in a dizzying pendular motion.
Such was the moment I first fell in love.

We welcome your support! 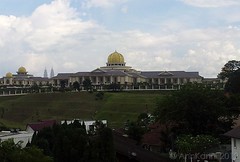 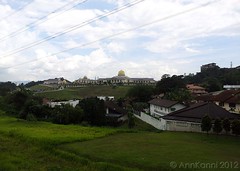